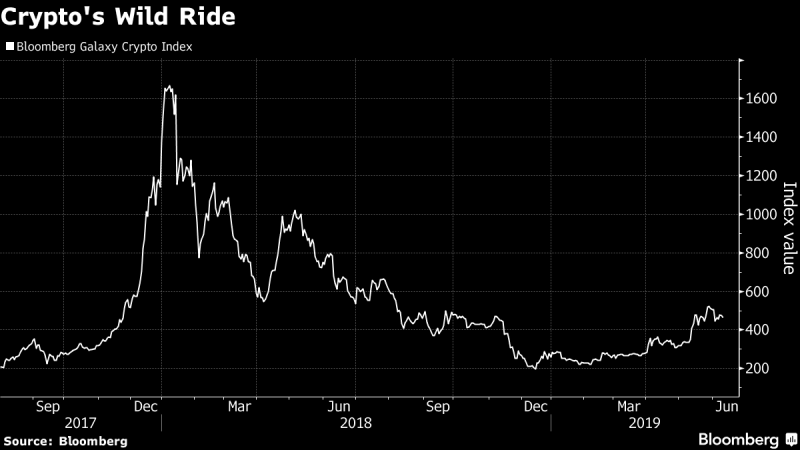 (Bloomberg) — Bitcoin and its fellow cryptocurrencies have surged in popularity partly because they’ve offered a way to skirt the government oversight exercised over traditional financial systems. Well, get ready to kiss much of that autonomy goodbye.

On June 21, the Financial Action Task Force — a multi-government effort that develops recommendations for combating money laundering and financing of terrorism that’s followed by about 200 countries including the U.S. — will publish a note to clarify how participating nations should oversee virtual assets, FATF spokeswoman Alexandra Wijmenga-Daniel said in an email. The new rules will apply to businesses working with tokens and cryptocurrencies, such as exchanges and custodians and crypto hedge funds.

Much depends on how the rules — long governing traditional bank wire transfers — will be interpreted and applied by country-specific regulators, but they are “one of the biggest threats to crypto today,” Eric Turner, director of research at crypto researcher Messari Inc., said in an email. “Their recommendation could have a much larger impact than the SEC or any other regulator has had to date.”

The guidelines will require companies ranging from exchanges Coinbase Inc. and Kraken to asset manager Fidelity Investments to collect information about customers initiating transactions of over $1,000 or 1,000 euros, as well as details about the recipients of the funds, and to send that data to the recipient’s service provider along with each transaction.

While that may sound simple, compliance will be costly and technically difficult, said John Roth, chief compliance and ethics officer at Seattle-based exchange Bittrex, which has about $58 million in daily-trading volume. After all, wallet addresses on digital ledgers supporting cryptocurrencies are largely anonymous, so an exchange currently has no way of knowing who the recipient of the funds is.

“It’s either going to require a complete and fundamental restructuring of blockchain technology, or it’s going to require a global parallel system to be sort of constructed among the 200 or so exchanges in the world,” Roth said. “You can imagine difficulties in trying to build something like that.”

A handful of U.S. exchanges are discussing how to set up such a system, said Mary Beth Buchanan, general counsel at San Francisco-based Kraken, which does about $195 million in daily volume.

“Without enhanced technology systems, this is a case of trying to apply 20th-century rules to 21st-century technology,” Buchanan said. “There’s not a technological solution that would allow us to fully comply. We are working with international exchanges to try to come up with a solution.”

“People in crypto like to make a big deal about giving personally identifiable information to the government, but I don’t see a whole lot of disruption for legitimate players if the proposal is enacted,” Liu said in an email.

U.S. exchanges may also lose customers, as instead of going through an exchange or another virtual-asset service provider (VASP), some may simply start trading with others directly, to safeguard their privacy.

“I get why the FATF wants to do this,” Jeff Horowitz, chief compliance officer at San Francisco-based Coinbase, the largest U.S. crypto exchange. “But applying bank regulations to this industry could drive more people to conduct person-to-person transactions, which would result in less transparency for law enforcement. The FATF really needs to consider the many unintended consequences of applying this specific rule to VASPs.”

Just how soon these consequences start to hit home will depend on the individual agencies. Groups like the Financial Industry Regulatory Authority (FINRA) are expected to start to vigorously enforce the rules. Financial Crimes Enforcement Network (FinCEN) recently issued interpretive guidance that looks similar to those being considered by FATF. Some state agencies could follow suit, raising the risk that non-compliant businesses will lose money-transmitter licenses.

If a country doesn’t comply with FATF rules and is placed on its blacklist, “it can essentially lose access to the global financial system,” said Jesse Spiro, head of policy at crypto investigative firm Chainalysis Inc.

The proposed regulations could also impact many of the more than 500 crypto funds that have popped up in the past few years, according to Josh Gnaizda, chief executive officer of CryptoFundResearch. “Trading delays or additional transactional costs as a result of compliance with FATF could significantly chip away at returns.”

After multiple meetings with the crypto industry, the regulators likely know compliance will take time, as the industry mulls new technologies and processes. Some participants are looking at the bright side, as greater oversight could lead to more institutional acceptance of crypto.

“Will it be a potential hardship? Certainly, at least initially,” Chainalysis’s Spiro said. “While it may be a hardship, it seems to be something that’s necessary. The road map at the end of the day after this is less arduous for this industry.”

To contact the reporter on this story: Olga Kharif in Portland at [email protected]

For more articles like this, please visit us at bloomberg.com